The Walking Debate: BERLIN focused on the urban side of the Global Soil Week conference strands under the title: “RETHINKING URBAN SPACE: integrating – commoning – producing”. Invited urban experts and a small group of participants visited the Roof Water-Farm (RWF), a project that demonstrates paths towards innovative city water management and urban food production. As an experiment and open platform, RWF explores the potentials and risks of redesigning the habitats of more than half the world’s population across sectors of infrastructures. It couples this with investigations of new modes of education that could incubate alternative consciousness on issues of knowledge, data, community-based action, rights, and competing demands.

The second part of our Walking Debate focussed on Flussbad Berlin, another site that addresses redesigning the city through rethinking water cycles and reclaiming inner-city waterways for public use. The (yet unrealised) project presents a tangible case of alternative land governance possibilities that serve civic-based economies and sovereignty over space, and demonstrates the long struggle to get innovative visions realised on-the-ground.

FROM ‘RURAL’ VS. ‘URBAN’ TO PLANETARY URBANISATION. The rural and the urban are interlinked; they are telecoupled; just as much as local and global development are inherently interconnected (this becomes very clear when we talk about SDG ‘implementation’ and the need for integration). We argue that the categories of ‘urban’ and ‘rural’ have no further basis, since urban processes have become planetary; and we must urgently start thinking in terms of processes and flows, rather than in terms of ‘form’. Is an industrial agricultural field less ‘urban’ than a Central Business District? The ‘urban’ not only literally appropriates the most fertile soils through the physical expansion of cities; its consumption habits widely influence land use, soil quality, water systems, and biodiversity, even in the most remote parts of the world. This urban impact is most often based on a linear resource-flow model, where natural resources are extracted from a global hinterland, consumed mainly in places of concentration (cities), and then released as pollution and waste. Therefore, in line with Urban Political Ecology, we claim that soil and land issues urgently need to incorporate the rethinking of urban processes and flows.

INTEGRATED PLANNING CALLS FOR INTEGRATED POLICIES. Continuing on the above, if we change our thinking from a linear to a circular resource-flow model (which was once standard practice), we see that cities generate resources such as wastewater, which if recycled can be a source for humus, nitrate, phosphorus, irrigation water, energy, etc. The RWF pilot project demonstrates that the technologies are ready to go. Multi-functional and cross-sectorial infrastructure systems that combine sustainable urban wastewater management with food and energy production have been developed already, and studies have proven their significant production potentials. What is missing, however, are the regulations and policies that foster and allow these intelligent cross-sectoral infrastructure systems to spread. After a legacy of sectoral approaches formulating separate policies on land, water, food, housing, and transportation, etc., it is time for more integrative policies that allow for (or even demand) more radical transformations of our urban systems towards sustainability.

LOOPING LEARNING AND UN-LEARNING. Within the previous framing of urbanisation, most of the world’s population is and will be living, eating, and working in an ‘urban’ context. We need to be aware that this is also their everyday context for learning about sustainability and for societal/political awareness of, e.g., the knock-on costs of our ‘cheap’ food. Therefore, it is crucial to discuss in which spaces and places, and through which actions in this urban context, urbanites can experience and internalise the principles and practices of new kinds of urban systems at their very doorsteps. They must have the opportunities to see, smell, and touch ‘the change’, as represented by those circular resource systems (‘urban metabolism’) such as a Roof Water-Farm, reclaimed public spaces such as Flussbad Berlin, or other settings that stimulate everyday learning and contribute to a vision of education as (inter)personal empowerment, social transformation, and spatial impact. Living environments (physical spaces as much as relational exchanges) should provide opportunities for learning. More specifically, they should enable the retention and regeneration of knowledge on sustainable habits in the sphere of food and beyond. At the same time we should actively work on a process of ‘un-learning’, based on up-to-date scientific and applied knowledge. Children in Germany are still taught that food production and wastewater treatment happen outside of the city. Shouldn’t examples such as RWF start appearing in children’s schoolbooks? Shouldn’t urban farming and city–region food systems be on every standard curriculum?

EXPERIMENTATION IN REMAKING CITY SPACES. There have always been experiments in new ways of making and remaking city spaces in cases where contemporary forms of production were not working; they happen in “wasted space” or what Trancik coins “antispace”. Often, they were labelled illegal, restricted, banned, and were treated as such by administrative planning authorities. Today, the value of experimentation is gaining more recognition, as standard planning methods and tools are not adapting fast enough for today’s rhythms of growth and change. Urbanists and planners realise that experimentation (with a top-down/bottom-up balance) is needed to find solutions for the pressing questions of a more sustainable urban development. An example is a goal within the ‘Sustainable Berlin Strategy’ that calls for the creation of “Ermöglichungsräume” or “spaces of possibilities”. Another is the Berlin Senate legislation allowing for “Zwischennutzung” or “temporary use”. Both concepts in effect serve “to advance proposals in advance of advancing proposals”, what Schonfield calls “premature gratification”. However, projects like Flussbad Berlin worked for years to be taken seriously in political circles, reminding us of how challenging it is to shift cultures, norms, and assumptions about urban shapes and patterns. Their successes remind us that one needs to make small steps to claim those “spaces of possibilities”, for instance by giving people a taste of new experiences in ‘their’ urban space. With an annual sports event ‘Flussbad Pokal’, FBB lets Berliners experience swimming in the River Spree, thereby re-claiming public space in the middle of the historical centre (which is now dominated by tourists and high-end residencies) at least for a few hours each year… for now!

GUARANTEEING ACCESS TO OPPORTUNITY. Land governance is at the core of the processes of transformation over the coming era of climatic, demographic, and technological shifts. Colonialism and its modern tentacles of neoliberal economics and international aid have mutated and constrained significant social and environmental infrastructures. Its traces not only remain, but have in many cases even been ‘scaled-up’, often by copy–pasting urbanisation patterns, technology, and knowledge across the globe. To break the business-as-usual scenario, norms of allocating and developing land have to accept a paradigm shift towards higher civic ownership and authorship. In cities, land governance is increasingly four-dimensional: X, Y, Z, and time/space of ‘makeshifts’ (temporary use of space). Socialising gains and democratising access to space and food, and the production of both, is an underlying condition for achieving all SDGs – the call for ‘leaving no-one behind’ a regular feature in their formulation. In the same line, advancing justice, security, and equal rights in cities cannot be achieved while disregarding large sectors of non-national urbanites (e.g., persons with temporary residency, undocumented persons), and the global agenda cannot live up to its ‘leaving no-one behind’ principle when targets on gender equality (SDG 5) are limited to ‘women’ as the vulnerable group, excluding those identifying as LGBT, etc. from being explicit legitimate rights holders.

UNIVERSALITY – CLOSING THE GAP BETWEEN GLOBAL NORMS AND MANDATES WITH THEIR LOCAL FORMS AND MANIFESTATIONS. The 2030 Agenda’s principle of ‘universality’ requires clearer definition. Understandings of ‘legitimate rights’ – hence advancing more democratic political agendas at the local level – depend on dominant cultural perceptions and norms in societies, each in its own ways. What is considered a legitimate ‘universal’ human right in international fora such as the UN, often does not match the local realities in its Member States. A good example of this mismatch is the fact that Saudi Arabia sits on the UN Commission on the Status of Women (charged with promoting gender equality and the empowerment of women), without at the same time coupling the mandate with tangible reformation processes in the seat-holder’s local legislation, to advance more rights for Saudi women.

Seen from another angle, the principle of ‘universality’ also carries the danger of leading to a lowest-common-denominator type of assessment. For example, Iceland’s geothermal energy sources place the country at the very top of the best-performers list for abating climate change. This might put a country in non- or low-action mode and camouflage its shortcomings in other areas of environmental performance, instead of stimulating improvement in weaker areas.

Increasingly, global networks such as slum-dwellers associations, networks of local authorities, or non-institutionalised groups are pressing for a greater role in closing the gap between global norms and mandates with their local forms and manifestations. As the planetary urbanisation play unfolds and accelerates, basic relationships between the natural environment and society are up for profound reinterpretation and renewal. 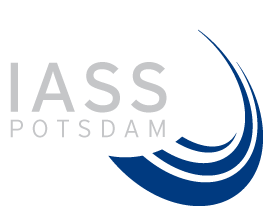 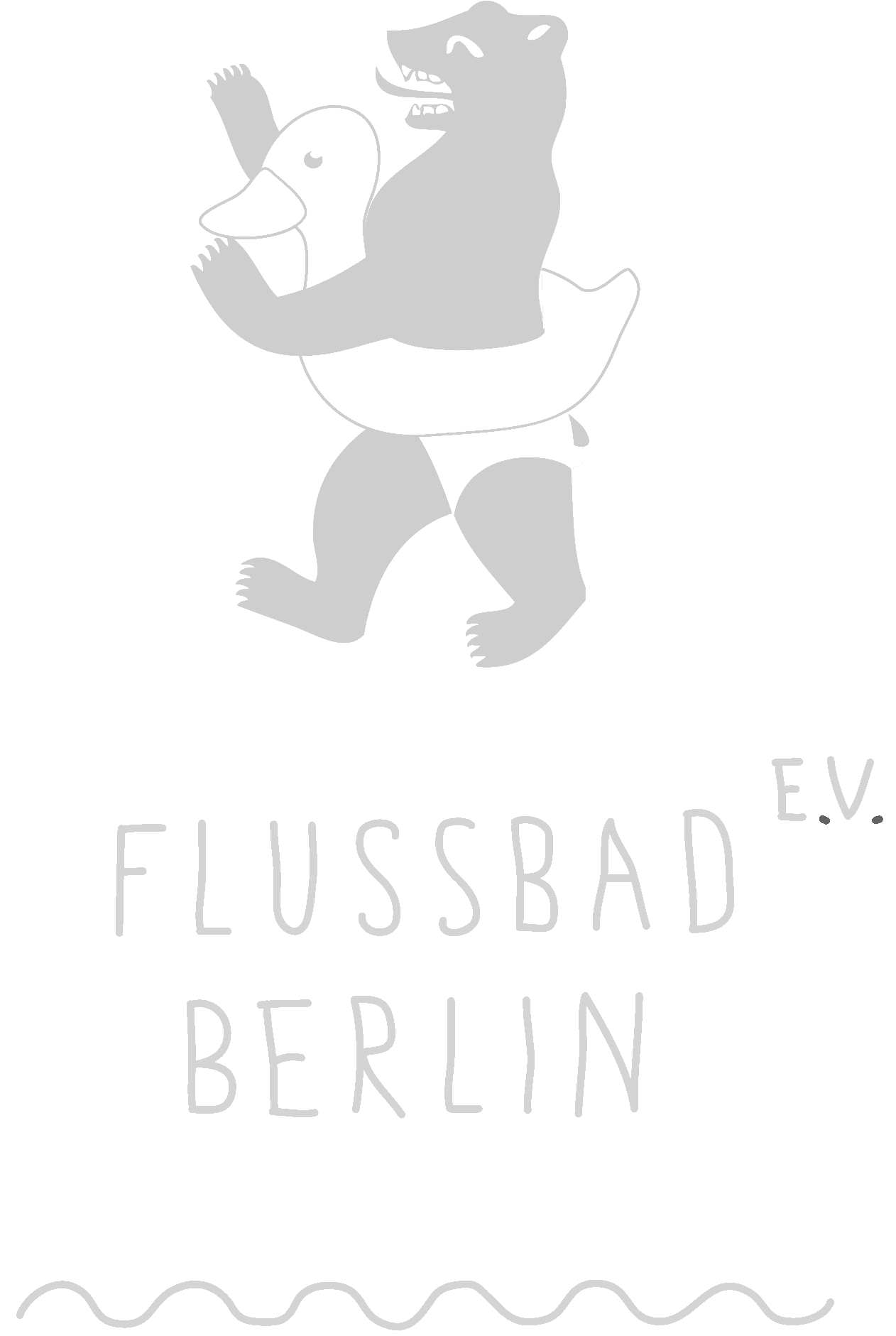 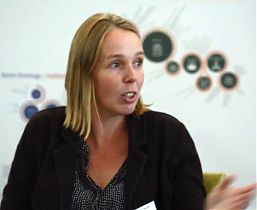